Jason is a Victorian trained and registered Oral and Maxillofacial Surgeon.

Jason grew up in Adelaide where he completed his schooling and undergraduate Dentistry at The University of Adelaide. He was awarded the ‘Kevin Murphy Prize for Oral Surgery’, in recognition of having attained the highest standard in Oral & Maxillofacial Surgery in the final examination.

On graduation Jason worked in the Special Needs Dental Unit at the Adelaide Dental Hospital before moving to Morriston, Wales, United Kingdom in 2008. This is the major trauma, orthognathic and cleft surgery centre for South Wales where he worked as a Senior House Officer in the Maxillofacial Surgery Unit. It was through this exposure to life-changing facial deformity surgery, that Jason decided to train in the specialty.

Jason returned to Australia after gaining selection to the Victorian Oral and Maxillofacial Surgery Training Programme in 2009. He then completed his study of Medicine at Monash University and his specialist training. 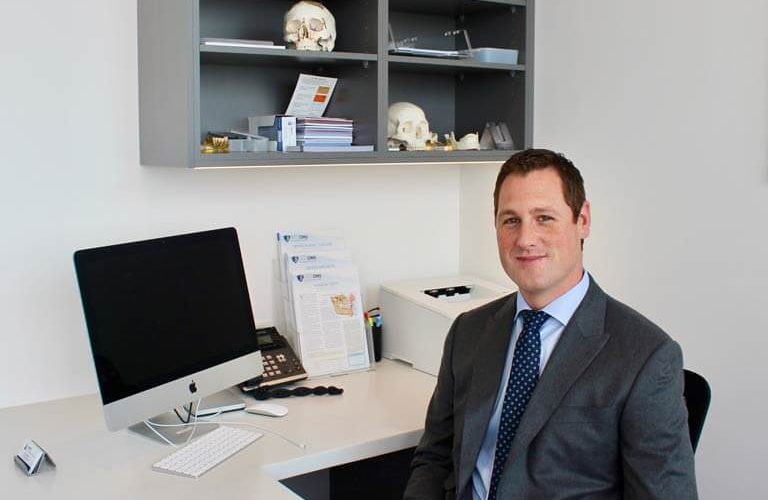 During this time Jason worked as a registrar at The Austin Hospital, The Royal Melbourne Hospital, Southern Health, Royal Hobart Hospital, St Vincent’s Hospital and Barwon Health. Through this broad experience he was fortunate to work with many surgeons across multiple areas of the specialty.

On completion of specialist training Jason continued his subspecialty training in Orthognathic and Trauma Surgery at the Royal Melbourne Hospital. He then returned to the United Kingdom to complete a fellowship year in Oxford at the John Radcliffe and Churchill Hospitals. This fellowship focused on head and neck oncology, facial deformity, craniomaxillofacial trauma and TMJ surgery.

On returning to Melbourne, Jason was appointed to consultant teaching positions at the Royal Melbourne Hospital and the Austin Hospital.

He aims to provide comprehensive care to every patient, addressing their needs and concerns through good communication, compassion and rapport.

Outside of surgery Jason enjoys spending time with his young family. His hobbies include exercise, food and travel. He is a keen sportsman and loves AFL and EPL.